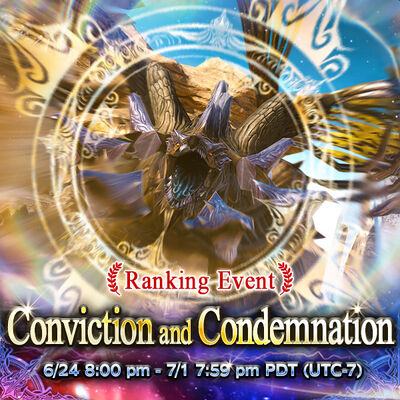 Conviction and Condemnation is a Ranked "battle tower" event offered in June 2019. It's a short path, but you're up against the very powerful Brachiosaur. 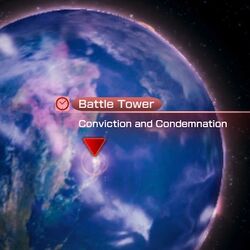 There is a suggestion that, with current events in Act 2 Chapter 4: One Small Pebble: Breaking Limits, this is a dragon that has arisen from the depths of Palamecia to enact retribution of some sort, but nothing has been stated. 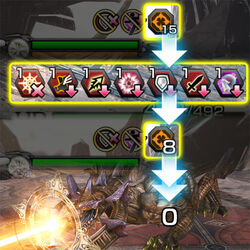 Brachiosaur throws a LARGE number of ailments at you! 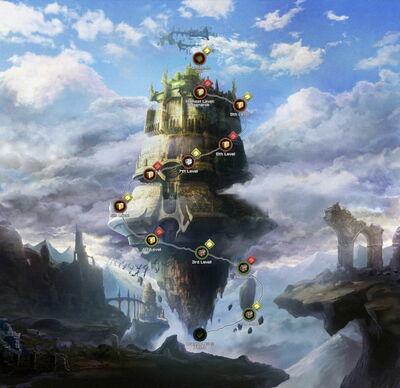 The region is the standard Tower of Trials -- one path with a staircase up, leading up to the top at the 10th "Ragnarok" level. You cannot return to previous levels once they've been beaten.

The skirmishes here have a pre-set collection of fiends, but after the 35th kill they will change to other fiends, and again after the 85th kill. The third skirmish always remains as described.

The Brachiosaur is based on the Th'uban monster from Final Fantasy X. The music that plays during the event is the Boss Theme from FFX.