Elemental Orbs are major battle mechanics in Mobius Final Fantasy. Elemental Orbs allow the Warrior of Light to activate Ability Cards in battle. Offensive abilities can be used to reduce the Break Gauge, inflict Ailments while doing damage and do great damage during Break. Support abilities can be used to restore HP, add Boons, inflict Ailments without doing damage, change the Warrior of Light's normal attack and change the Orb Wheel.

There are 8 types of orbs currently in Mobius Final Fantasy:

Gaining Orbs is done in 2 specific ways: using a Normal Attack and using an ability with certain Extra Skills. Normal Attacks can gain up to 3 Orb per attack when used as a combo. If a Three-Combo of Normal Attacks is used, the Warrior of Light will gain 6 Orbs. If the player waits too long between Attacks, the combo will end.

The Orb Wheel is located in the bottom-dominant corner of the battle screen. It determines the probability of drawing a certain Offensive Orb. The Wheel is broken up into three colors, one for each type of Offensive Orb. This can change in two ways: a Force Ability from either Fiends or the Warrior of Light; or using an Elemental Drive.

Using an Offensive Drive grants the Warrior of Light resistance to the Element of the Orbs he sacrificed. Driving an offensive elemental orb adds the number of orbs sacrificed as points into the Resist Elemental Boons. The number of points in the pool determines the resistance provided and how many turns the resistance has left. At the beginning of each of Wol's turns, the pool decreases by two points. The pool can not go higher than 10. If the pool is at 10 points, if another point is added the pool amount will not increase. 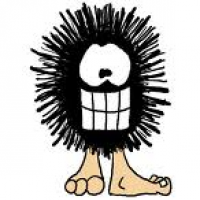