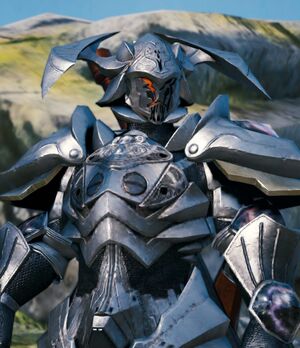 Garland is one of the main characters in Mobius Final Fantasy.

He appears before Wol just after the latter's appearance in Palamecia, directing him along his path towards Castle Cornelia and beyond.

Garland describes himself as being a neutral party in the world of Palamecia, siding neither with Vox nor Chaos. For this reason, Vox has branded him a "heretic" among the Blanks, making it difficult for him to reside among them. Wol, however, seems unaffected by his title, often following his advice and directions as he travels across Palamecia.

While at first it seems that Garland pays special attention to Wol and his well being, it is more likely that he is interested in Wol's potential compared to the other Blanks. As he states when Wol enters the Shrine of Trials for the first time, if Wol were to die "[Garland] would throw his lot in with the next Blank.".

While he states he is a neutral party in the world of Palamecia, he has no qualms fighting off Chaos' fiends and encouraging other to do the same, as demonstrated when he told Wol to save Mog from the fiends which were attacking him. 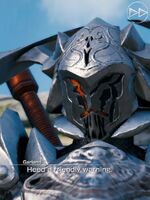 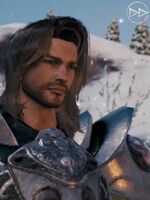 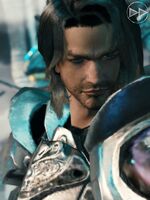 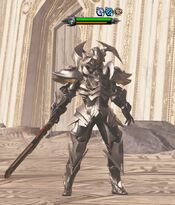