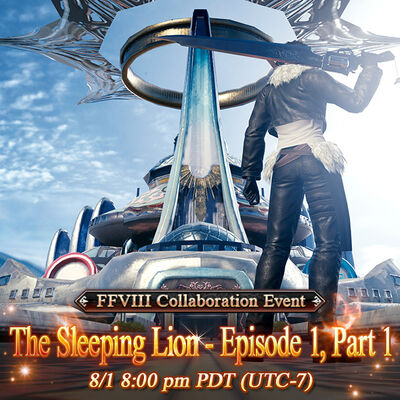 The game service suffered a large-scale network outage in October 2019, preventing many players from logging into the game at all. In compensation, the event was extended an extra two weeks.

Upon entering this region for the first time, you are awarded the Squall job card. You MUST equip and use this job at all times while playing in this region. (you can also use the Squall Leonhart Ultimate Hero if you obtain it.)

Play in this section introduces a new mechanic: the Draw System. Once this skill is learned, you can draw extra abilities out of your enemies, and use those abilities against them! Most spells are relatively common, but some are rare and quite powerful. See the separate page for details.

As you progress through the story, you'll gradually increase your SeeD Rank. Each rank comes with a "stipend": a set of extra rewards. Your current SeeD Rank is shown by an icon in the top corner of your map screen. 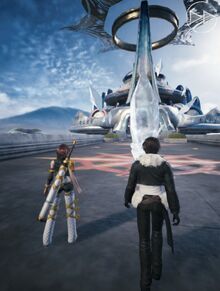 Squall awakes in front of Balamb Garden, a bit unsure of where he is... or who he is. As he's waking, a girl greets him, worried about their coming exams. It takes a minute, but it all locks in. It's Selphie... er, Sophie, and they're classmates. Graff is nearby as well. Everyone is getting prepared for the SeeD exams.

Squall talks with Instructor Meia, who tells him that the Pandora simulator has been updated with newer foes, as practice for the exam. She recruits Sophie, and the three of them participate in a few simulated battles. Squall makes quick work of the simulated foes, and is pretty bored with it all, but Meia points out it's better to build skills without the risk. Still, if he wants a challenge... how about a fight against Ifrit? Not that much of a challenge, apparently. 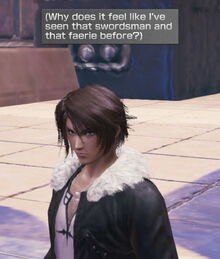 After Ifrit is down, Squall finds a small crystal on the ground. It's a Rune... inside a simulator? Squall picks it up and gazes into it...

Wol is hiking up a hillside, while an Echo is explaining that Palamecia is getting weird. It's all the fault of that new Sorceress. So Echo needs Wol to...

whoops, vision over! The warrior and faerie look familiar, but Palamecia does not. Nobody in the Garden knows anything about it.

The next day the Trials continue, with a simulated assault on the Dollet radio tower. Squall is looking around for another rune, but there doesn't appear to be any lying around. Squall also runs into into Graff, who complains about failing the SeeD exam. So this exam is tougher than it seems... 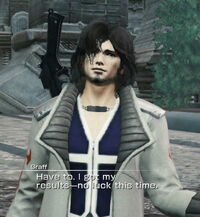 At the top of the tower comes a surprise: the Omega Weapon! and none of Squall or Sophie's attacks do anything to it. Time to run! The two of them dash back down the tower as fast as they can, with Omega in close pursuit! Some judicious use of Lightning slows it down enough to let them get through town, and with a little help from Instructor Meia it is defeated. Second Trial complete!

Squall keeps inquiring about the strange silver-haired Swordsman, and the place he comes from, to no avail. Except... Meia knows something of Palamecia.

Final Exam day. Squall can't take it anymore, and confronts Meia. What's going on? Who is he, really? Is this even home? She's hesitant to provide any answers, and Squall stomps off to the third Trial. 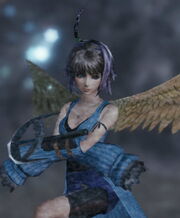 There's no rune here, either -- but neither is Meia. And there's a white feather floating through the air, with a slightly familiar voice behind it. Squall follows, and at the end of the path finds Echo, dressed in Rinoa's clothing. She needs Squall's help, and offers to bring him home, but it's only going to work if he remembers... which Squall hasn't been able to do. Still, she holds out a Crystal, and Squall reaches for it... 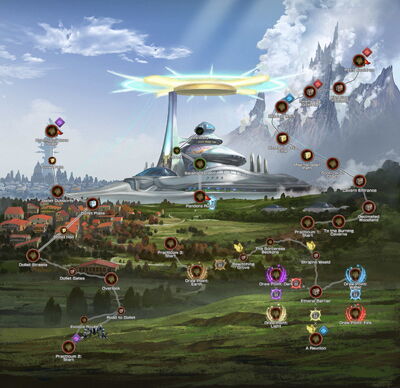 There are 37 areas in total, with 14 treasure chests.

You must equip either Squall (Job) or Squall Leonhart (Job) as your main job, although you can select any

Warrior job under that for your choice of skills and elements. You can set a Sub-Job, but it will not be used in this region -- Job Change Recast is locked out -- but your first ability there can be used for sub-attacks, and the Sub-Job's Ultimate Ability can be used during a Mobius Zone double-Ultimate attack.

Concentration in these early areas is on learning the new Draw System. Normal abilities are locked out -- you must use either normal attacks or Drawn abilities to win. Also, enemies are extraordinarily slow, so they're unlikely to ever get a chance to attack before you kill them.

The enemies here are a normal bunch as far as damage, but they are suprisingly tough. Your normal abilities will not do nearly as much damage as you expect. Rely instead on Drawn abilities to finish them off... but do stock some Draws for the last round of each battle.

In this section, you work your way through the town of Dollet and up to the antenna... and then back again with enemies in pursuit!

After finishing the storyline here, there's a Time Compression. Something is happening back in Balamb Garden.